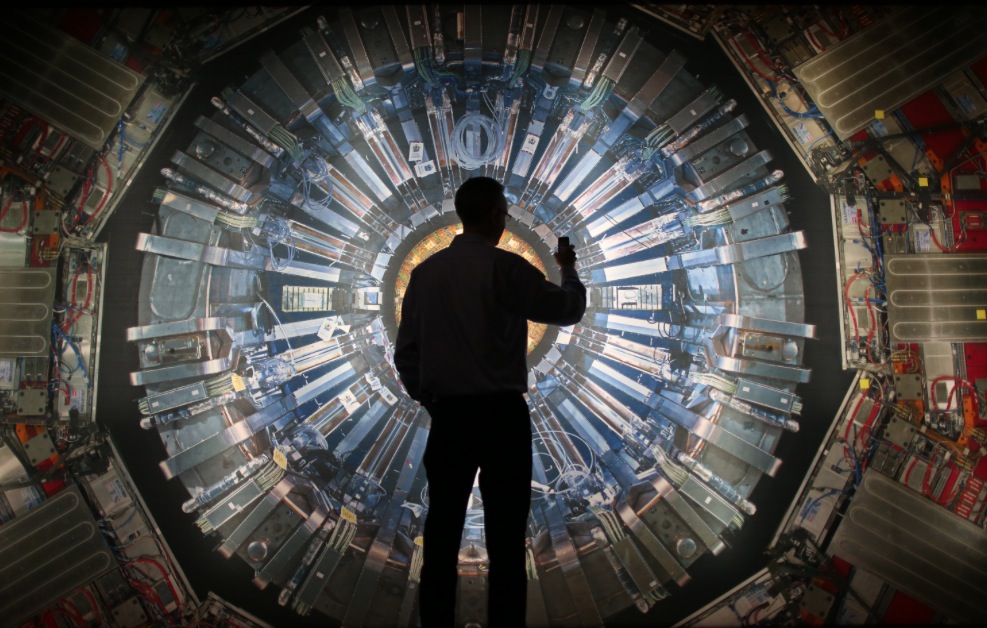 In 2012, the world’s largest, most complex research facility used the biggest experimental mechanism in history to search for the smallest, most basic building blocks of the universe.

Modern science doesn’t get much more exciting than that. Yet, public interest in the Large Hadron Collider plummeted as abruptly as it rose, just days after the “God Particle” experiment was complete.

Meanwhile, the scientific community is still in awe about that moment and the greatest minds in the world are still debating its countless implications.

The God Particle – actually called the Higgs boson – was theorized to exist long before 2012’s experiment. However, reproducing and measuring it has changed the very basics of particle physics and transformed our understanding of the universe. Here are some of the concepts we’ve learned in the past three years:

The Higgs boson exists parallel to matter. It is a part of all objects, yet its presence doesn’t imply the presence of anything physical. Therefore, the particle can be found everywhere – even in a vacuum. As such, the concept of “nothing” can never physically exist in the universe. Furthermore, there are likely many other “peripheral” particles that make up the medium on which matter exists.

Mass is Not Predetermined

Before the God Particle experiment, distribution of mass was a mystery. Scientists had no answer as to why particles of matter have mass, while others (such as light photons) do not. Now, we know that the quantum spin of the Higgs boson determines and/or changes mass.

Particle Physics is Not So Theoretical

Proven existence of the Higgs boson gives merit to a number of other theories that were not taken seriously before. These ideas make up Theoretical Particle Physics – the branch that ventures to answer some of humanity’s oldest abstract questions with mathematical and physical concepts. After the God Particle experiment succeeded, Dark Matter and the String Theory have gained massive credibility.

The Standard Model is Valid

Often referred to as “The Theory of Everything”, the Standard Model is the (largely undeveloped) system of matter classification. Today, an estimated 4% of everything that makes up the universe is part of this system. That may not seem convincing but, after the Higgs boson was added to it, the Standard Model became widely accepted within the scientific community.

Contrary to common belief, the Higgs boson wasn’t named the “God Particle” because of its function in the universe. The term was coined by Leon Lederman when editors wouldn’t allow him to use his original book title – The Goddamn Particle: If the Universe is The Answer, What is The Question. Since “God Particle” caught on and provided vast media coverage, it has been used ever since.

Another myth is that the existence of a Higgs boson particle proves God isn’t real. In truth, it demonstrates a new, largely unexplained part of the universe, raising much more existential questions than it answers. Plus, the Large Hadron Collider isn’t meant to examine beliefs – more then 3,000 engineers and 7,500 scientists, from all over the globe are working together in the facility. They collaborate each day in pursuit of knowledge and discovery for all of mankind – not any single group or belief.

Unfortunately, most people were so interested in the Higgs boson because of another huge misconception surrounding the Large Hadron Collider. Though the collider bombards particles at close to the speed of light, it actually isn’t dangerous at all. That much is certain, since larger particles have constantly been slamming into the Earth with even more force. The planet has stayed unharmed. We aren’t even aware of all the different cosmic rays and objects that land in the atmosphere almost every day.

What’s Next For The Large Hadron Collider

Right now, LHC’s leading physicists are eager to recreate and study dark matter. Potentially, the Hadron collider can be used to produce it already, but the costs of such an experiment would be astronomical. (The God Particle’s discovery alone cost over $13 billion.)

When it comes to future discoveries, LHC scientists are highly ambitious, to say the least. Their final goals include determining exactly what we’re made of, how we came to be and what will happen to us further on. Sure, we’re still incredibly far from answering those questions, but the very existence of the Hadron facility is truly a leap in the right direction.