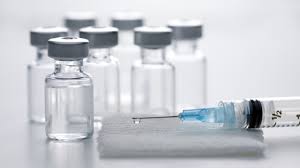 You are just sitting there, watching your favorite show. Then BAM! Some commercial comes on about how if your suffer from any kind of symptom or disease then you should contact your doctor about drug X, Y, or Z. These commercials can range from a bee voiced by Antonio Banderas selling a nasal spray to the ever advertised little blue pill.

This advertising method is called “direct-to-consumer” advertising, or DTC ads. Originally drug companies instead focused on advertising and campaigning physicians and hospitals. But after the FDA changed drug company advertising guidelines in the US in 1997, drug companies began directing more funding towards directly informing patients about drug benefits instead of doctors.

There are, currently, three kinds of prescription drug advertising, according to the FDA. The first is a product claim ad. This type of advert is the most informative of the three types and echos the qualifications for television commercials. The FDA says this about product claim ads, “A product claim ad names a drug, the condition it treats, and talks about both its benefits and risks..”

The second type of drug adverts is a reminder ad. This is often found almost exclusively in magazines. With only the drug’s name and website listed on the ad, but no disease, symptoms, or prescription guides.

The third is called a “help-seeking” ad. These ads are occasionally found on television. The requirements for a help-seeking demand that the ad only provide details and comments on a disease or symptom, but not specify any drug to be taken.

In 2008, Congress made an attempt at reigning in DTC advertising. After Congress announced several of the companies and drugs that it would be investigating, including an advert for the drug Lipitor companies announced a voluntary change in advertising methods. (For example, doctors would only be played on television by doctors, instead of actors.)

The World Health Organization described the Lipitor advertisement in an article about DTC advertising. “The distinguished doctor who has been introduced as the “inventor of the artificial heart” turns to the camera and says, “Just because I’m a doctor doesn’t mean I don’t worry about my cholesterol.” He then recommends people use an anti-cholesterol drug, Lipitor, and to show just how confident he is in his own ticker, he rows across a lake. It was a killer advertisement, part of a campaign put together at a cost of US$ 260 million for drug company Pfizer. But it

relied on the audience being unaware of several important facts: Robert Jarvik, the distinguished “doctor” in the boat, had never been licensed as a medical doctor, could not legally prescribe anything and was not the inventor of the artificial heart (at least according to three former colleagues at the University of Utah). It later turned out that he hadn’t even rowed the boat. Welcome to the world of direct-to-consumer advertising.”

Congress accepted this voluntary change and did not make any further push towards regulation. Physicians at the American Medical Association picked up the fight instead in 2015,  The AMA website said this of the physicians’ call for banning DTC advertising: ”

“Physicians cited concerns that a growing proliferation of ads is driving demand for expensive treatments despite the clinical effectiveness of less costly alternatives.

“Today’s vote in support of an advertising ban reflects concerns among physicians about the negative impact of commercially-driven promotions, and the role that marketing costs play in fueling escalating drug prices,” said AMA Board Chair-elect Patrice A. Harris, M.D., M.A. “Direct-to-consumer advertising also inflates demand for new and more expensive drugs, even when these drugs may not be appropriate.”

The United States and New Zealand are the only two countries in the world that allow direct-to-consumer advertising of prescription drugs. Advertising dollars spent by drug makers have increased by 30 percent in the last two years to $4.5 billion, according to the market research firm Kantar Media.”

With the US and New Zealand being the only two countries to allow DTC advertising, one would think that drug companies would rethink their advertising campaign. The European Union recently held a vote regarding drug company legislation. 22 of the 27 nations in the EU voted to keep DTC advertising illegal in their nations.

Even with the failures and negative responses to DTC advertising, it doesn’t look like the drug companies are going to slow down anytime soon. NPR did a story in 2009 about the effectiveness of these ads, reporting:

“The Nielsen Co. estimates that there’s an average of 80 drug ads every hour of every day on American television. And those ads clearly produce results:

“Something like a third of consumers who’ve seen a drug ad have talked to their doctor about it,” says Julie Donohue, a professor of public health at the University of Pittsburgh who is considered a leading expert on this subject.

Whether the increase in the number of prescription drugs taken is good or bad for patient health is an open question. There’s evidence on both sides. What’s not up for debate is this: By taking their case to patients instead of doctors, drug companies increased the amount of money we spend on medicine in America.”

Some of these advertisements may help drive patients to get help, such as smoking cessation patches or gum. The overall invasion of drug ads on television have had a significant effect on the treatment of patients, the prescriptions written by doctors, and the bottom lines of drug companies.