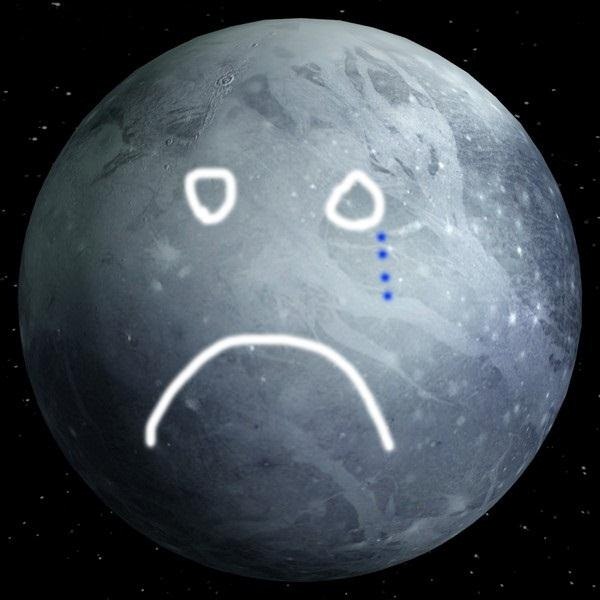 Almost a decade after the IAU (International Astronomical Union) first declared that Pluto is not a planet, the guidelines of being classified as one have been changed yet again. Pluto still doesn’t quite make the cut. Yet, the new definition of what a “planet” is reignited debates among the scientific community. It seems that, in all fairness, Pluto should still be part of the Solar System “family” and it was only stripped of the title due to technicalities.

Back in 2003, Eris – a large celestial body made entirely of ice – was first seen in close proximity to Pluto. The discovery, along with that of numerous similar objects, made astronomers question whether Pluto was a planet. As a result, in 2005, it was decided to clearly define the guidelines of celestial classification. The IAU took the task upon itself and came up with three criteria. An object was defined as a planet if it:

However, this definition was criticized for its many flaws ever since it was applied. While the first guideline is fair and very much straightforward, the same could not be said about the other two. Firstly, there’s no definitive guide as to what makes an object round – even the Earth has an egg-like shape, to some extent. As for dominating an orbit – that could mean a few different things (size, mass, density, etc.).

Most importantly, the 2006 definition only works for planets in our star system. There are galaxies filled with millions of other systems and billions of other planets, yet none of them revolve around our Sun. Additionally, we aren’t able to determine the shape of exoplanets (celestial bodies beyond the Solar system).

As such, these guidelines are obviously unjustified and the case of Pluto is only proof of that. But don’t feel too bad – Pluto isn’t gone, it’s just trying to define itself by standing out. The celestial hipster will likely be considered a planet again soon enough.

The recently proposed changes make more sense than the 2006 criteria but they still don’t clearly define what a planet is. A group of University of California experts, headed by Jean-Luc Margot drafted the new planetary guidelines in 2015. They are based on exact qualities, which can be easily measured. According to Margot, a planet must:

Pluto falls short of the third requirement, since it doesn’t have the strongest gravitational field in its neighborhood. However, Margot’s proposal won’t be approved util 2018, so there’s still time for other astronomers to suggest improvements. Data gathered from NASA’s New Horizons mission suggests that Pluto’s underground oceans may sustain life, so it would be a shame if it won’t be rejoining the ranks of Solar System’s planets.