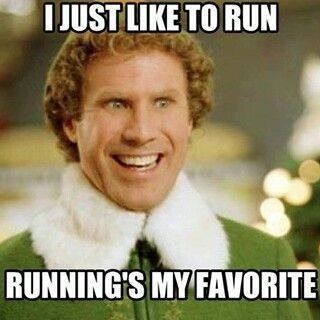 Runnersworld.com: “Endorphins are painkillers produced in response to physical discomfort, says Matthew Hill, Ph.D., an assistant professor at the University of Calgary’s Hotchkiss Brain Institute. But that doesn’t mean your runs should be excruciating; you need to find a sweet spot where they are comfortably challenging (think tempo run). In the German study, for example, the subjects were experienced runners for whom a two-hour run at a six-to seven-mile-an-hour pace wasn’t easy nor was it gut-busting. “Most runners I have worked with experience endorphins when they are pushing their bodies, but not usually at max effort,” says Cindra S. Kamphoff, Ph.D., director of the Center for Sport and Performance Psychology at Minnesota State University. A short, casual run likely won’t produce enough discomfort to trigger a rush. Attempt a pace or distance that’s too aggressive, and you’ll possibly be too overwhelmed by the effort to feel good. As powerful as they are, endorphins can’t override an injury or lack of training (which is why newbies aren’t likely to feel elated when they are just starting out).

Hooking up with others could also help: An Oxford University study reported that rowers who exercised together significantly increased their endorphin release compared with solo rowers. When you are on your own, consider wearing headphones: Research shows that listening to your favorite music may spike endorphins.

Endorphins get all the attention, but your body also pumps out endocannabinoids, which are a naturally synthesized version of THC, the chemical responsible for the buzz that marijuana produces. The most examined endocannabinoid produced in the body, anandamide, is believed to create a feeling of calmness, Hill says. Endorphins can be created only by specialized neurons, but pretty much any cell in the body is capable of making endocannabinoids, which means they have the potential to make a bigger impact on your brain.

Get It: Endocannabinoid production is believed to react more strongly in response to stress as opposed to pain (the stronger endorphin activator). Differentiating between physical stress and discomfort during a run is nearly impossible. Which means the same mechanism that triggers endorphins can also trigger endocannabinoids: a challenging (not killer) workout. Raichlen says that running at 70 to 85 percent of your age-adjusted maximum heart rate is optimal in spiking the primary stress hormone cortisol, and producing endocannabinoids. (If you’re 30, you’d aim for between 142 and 161 beats per minute.)”

trainingpeaks.com:”Post Marathon Syndrome. It’s part mental, but part physical. Here’s what happens. During the marathon, no matter how well you rehydrated with sports drinks you most certainly drained almost all the glycogen out of your muscles by the time your reached the finish line. Glycogen is the fuel used while exercising, where we get our energy. Without a store of muscle glycogen (that normally would be replenished by eating foods rich in carbohydrate), the body needs to go to a secondary source: fats, and in desperate situations, proteins. Unfortunately, fats don’t convert quite as readily as carbohydrates, so it slows us down. Add to that the muscle trauma that occurs in a marathon, the microscopic tears that result when we run flat out, and it is easy to see why you have lost 30-45 seconds from your previous pace.

How quickly will you recover? A high-mileage runner might replenish glycogen in a week. The tears also would repair by then. But for others, it might take 4-5 weeks! That is one reason why I designed a Post Marathon Training program that begins with a Zero Week, with almost no running, then continues with four more weeks of gradually more running. Muscle recovery sometimes is compounded by mental recovery. For at least the time being, we have run out of goals— at least until we focus our attention on another race. So, yes, what you are experiencing is very normal. Just be patient, and you’ll be back at your normal pace when your mind and body heal.”