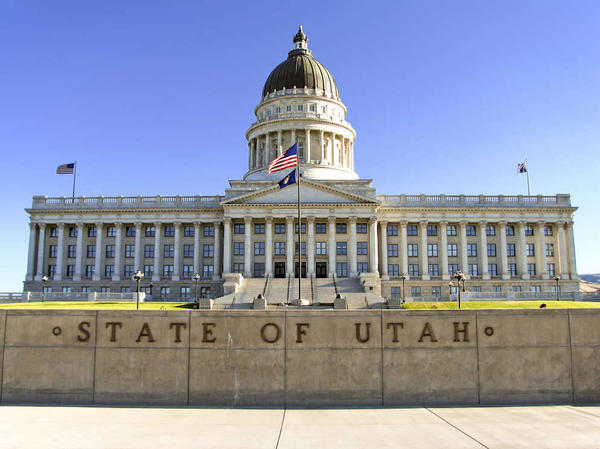 If the American dream still exists anywhere, it’s in the great state of Utah. The state boasts top literacy levels nationwide, in addition to the smallest income gap. Strangers greet each other on the street and most people rarely lock their doors. A large proportion of Utahans (which is the correct term, though they prefer “Utahns”) are members of the Church of Later Day Saints. Yet, they don’t exhibit the usual conservatism and xenophobia of strict religious communities. As a matter of fact, the state is known for its huge annual gay parades, where Mormons march side by side with paraders.

Besides being one of the most wholesome states, Utah is among the most unique places in the world. There are deserts, snowy mountains, green plains and huge natural parks – all within a few hours’ drive from each other. Though the ocean is far beyond its borders, Utah somehow developed strict laws on whale hunting. It’s also illegal to fish while riding a horse or to carry a violin in a paper bag. And the state may not be all that conservative, considering the detailed legislation prohibiting sex in the back of ambulances.

That’s just the tip of the iceberg when it comes to Utahan greatness and weirdness. Follow along to find out the 15 most amazing and mind-boggling things that can only be found in Utah.

This isn’t a typo. A Mormon house of worship is called a stake house. And the Salt Lake City Temple is the largest in the world. The massive 19th-century structure took over 40 years to complete. It was the first stake house commissioned in the state, yet three others were built before it was fully constructed. The walls are nine feet thick and the angel statue on top extends 14 feet in the air. It’s quite a sight but tourists are only allowed to enjoy the temple’s exterior – only Mormons can enter the stake house.

Every grocery store, every restaurant and every refrigerator in Utah is always stocked with plenty of fry sauce. Now, you may be wondering how such a popular treat can only be sold in one state. The thing is – ‘fry sauce’ is literally ketchup mixed with mayonnaise. Each manufacturer claims that their “special” proportions make their product unique but everyone knows the recipe – ketchup and mayo.