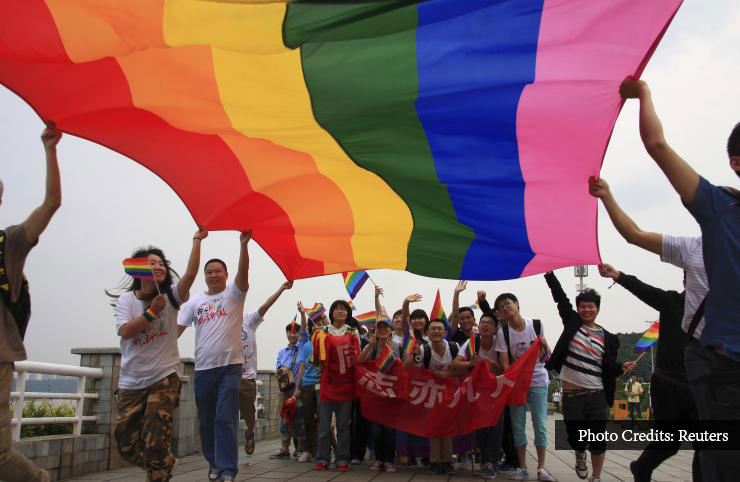 This is China’s most intriguing marriage proposal, because it came to pass between two men.

China may not seem like the most romantic place in the world – much less a subway train in Beijing. That’s where it all happened.

A man probably in his mid twenty knelt down to propose his boyfriend. Commuters on the subway wasted no time in taking out their cell phones and recording the whole event.  A swarm of updates struck China’s social media service Weibo (China’s Twitter alternative). People used hashtags like “man proposes to boyfriend” and “incredible love” etc.

While most of the commuters were clapping and laughing, a voice calling it “disgusting” and “sinful” can be heard in the background.

A researcher on LGBT movement in China Timothy Hildebrandt, a social policy expert at London School of Economics, says China’s attitude on homosexuality is very interesting. He says that the diversity regarding homosexuality in China is huge. Some people have never encountered a gay person; they don’t even know what homosexuality is, while others are much more aware. However, after a widened study, it can be concluded that China is largely a homophobic country.  Hildebrandt says this has little to do with religion and more with cultural doctrine.

China is known to have bizarre social rules such as “one child policy” where parents are fined in they reproduce more than the “allotted” amount.

It boasts a blistering economy but China’s social system is much lacking in these modern times.

You can view the full proposal here: