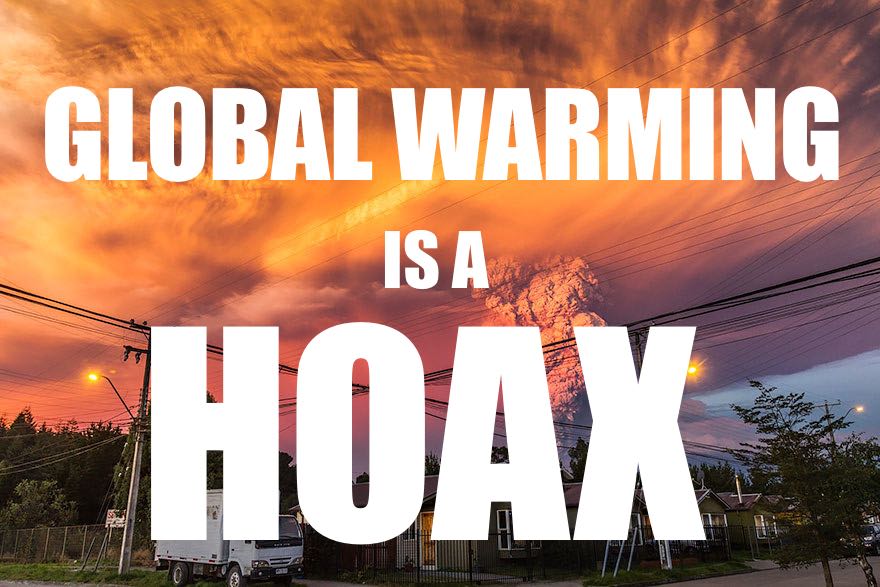 When you think about one of the most hyped items in today’s world, the first thing that can pop into your mind is global warming. In general there are many stances, theories, and general facts being thrown around fairly loosely, the problem is when it comes to actually sitting down and trying to find out if the right resources are being referenced or not.

A major reason why so many people are looking into this general idea is because it can truly affect so many people in so many ways. When you think about how people live their day to day lives, or if you are thinking about how current businesses go about their work in general, there is already a strong reason that people have a dog in this proverbial fight. The livelihoods of some people are hinging on the results of this argument, and if you aren’t looking at the underlying issues you can already see why it’s so important to be able to get the facts first.

When you start to question the underlying motivation and the possible implications that occur when certain sides start spewing lies, you can see why it’s even more important to keep the facts in front of you. The ability for the government to be able to have their grasp around just one more issue with respect to businesses or personal regulation, or the ties that certain politicians may have with certain energy startups and companies could also mean reasons for them to jump into the foray without backing up claims with facts. Instead of being caught in the mudslinging, why not consider some of these items as the most important reasons to question the current trend of global warming?

1. Is the Book Closed On Global Warming?

Everyday new evidence emerges that continues to suggest global warming isn’t a real thing [http://www.express.co.uk/news/world/609497/Climate-change-shock-Earth-s-natural-global-coolant-discovered]. Or rather, while there are suggestions that say it is a real thing, the Earth already knows exactly how to combat it.

With scientists saying that the Earth is able to drop temperature and have natural cooling occur, there are truly some questions that come to mind with the legitimacy of the global warming trend.

2. What Do the Real Scientists Say?

Even the most popular global warming proponents have come to terms with the idea that the Earth will have major events that will spark the temperature up from time to time all on its own [http://www.acoolerclimate.com/global-warming-natural-causes/].

Isn’t it a little more difficult to try and blame what we are seeing on people when you see the individuals claiming how bad people are, are currently saying the planet does it naturally?

3. Just Look At The Facts

Another item to look at is the scientific facts which come right out and state exactly how the natural cycles work [http://ossfoundation.us/projects/environment/global-warming/natural-cycle].

It may or may not have to go into specifics about how high or low the current trends oscillate, but the fact truly is the planet goes up and down over time and has done so before people inhabited the Earth.

4. Is the Evidence Ironclad?

Even some of the other pieces that have been produced have been able to point to faulty computer models, questions in the current assumptions, and holes in the basic theories [http://www.sitewave.net/news/s49p1354.htm].

In short, why are there so many flaws and questions in the global warming models that simply do not support results?

5. Are the Parties Involved Truly Unbiased?

Maybe some of the problem is that the issue itself has become an entire industry?[http://www.debate.org/debates/resoved-global-warming-is-false/1/] Why would any scientists come right out and say with definitive purpose that the debate has been solved? Wouldn’t it make sense to continue to ride the coattails of others and continue running hypothetical research scenarios, all while tapping into the four billion dollar industry?

This isn’t to suggest that any scientists truly are ill willed or that they aren’t to be respected, but with a cut of a four billion dollar pie at stake, it may just be a little more cost beneficial to state that more research needs to be done.

6. What About the “Other” Side of the Evidence?

Surface temperatures, balloon readings, and satellite tests over time have all continued to show the same results; there is no evidence to support rising temperatures [http://spectator.org/articles/55208/false-alert-global-warming].

That may not be the rise all catch all, but at the same time why wouldn’t the evidence be there if global warming wasn’t a major problem in the first place? You have to be able to stand by your science whenever it provides evidence, even when you know it disputes and not corroborates your assumptions.

7. Are the Guys in Charge Willing to Step Down?

Even the supporting facts can’t help but state that the environmental protection agency is out of control with the authority to make claims and govern exactly what they want with respect to the environment [http://batr.org/autonomy/040112.html]. Not only do they have the chance to go where they please, but they also have the authority to be able to jump right into the mix and tell anyone, anywhere what they want.

Do you really think that they would ever come out and understate the problem or suggest that maybe they don’t need as much power as they previously had been given? This just seems like they continue to grow and continue to need more resources, taxpayer revenue, and even more when it comes to authority. This model points directly to follow every other typical government getting bigger and more bloated scenario and is truly just a textbook operation.

8. Is it Long Term Evidence? Or Just Short Term Coincidence?

Even the top evidence that was supposed to be the final blows have come out over time as just in the moment suggestions[http://nypost.com/2013/12/05/global-warming-proof-is-evaporating/]. It’s not to say that people in general aren’t still seeing changes in the environment or that our planet hasn’t changed over time.

However, it might make a bit more sense to be able to actually view things over a longer period of time and truly see what sticks as compared to what truly just fizzles out over a few years. If the items from a decade are already coming under question, what can truly happen when the arguments of today have had more than a few years to materialize?

9. Are the Facts Misleading or Unbiased?

Some statistics can be misleading or even cherry picked in general [http://www.bionomicfuel.com/is-global-warming-fake/].

This isn’t to say that there are facts that are rooted in some sorts of claims, but when you truly look at the specifics of how some of the claims are even presented, it is almost like fear mongering has become commonplace in the general world of global warming in general.

10. What About the Holes in the Argument?

While there may be points to look at in general, the fact of the matter is there are more and more and even more items that are starting to add up when it comes to questioning the validity of global warming [https://www.endalldisease.com/100-reasons-why-global-warming-is-a-fraud-for-global-taxation/].

Not only are the holes starting to appear in the arguments of the proponents of global warming, but the truth is there are more and more people as well who are starting to say that the facts are pointing in the complete other direction.

11. Why Are They Trying to Scare You Into Believing?

Fear mongering truly has never been higher with general global warming supporters [http://www.disasterium.com/10-critical-facts-about-global-warming/]. Suggesting that global warming has an effect on our everyday lives truly is an understandable and fair point of view (even if it needs to be proven still).

However, having the audacity to suggest that war, new diseases, and financial setbacks are some of the after effects of global warming doesn’t make as much sense as sticking with the environment in general.

12. The Climatologists Say What?

The natural cycle of things isn’t just something that can be dismissed [http://www.regentsearthscience.com/index.php?option=com_content&view=article&catid=66&id=1016:is-global-warming-just-a-natural-cycle]. The truth is the natural cycle of the Earth has been going on for as long as people can tell in general.

It truly isn’t a major thing to dismiss right off of the bat, and if you understand that hundreds, thousands, or even millions of years of evidence and natural processes are going on instead of blaming it on a few years worth of suggested evidence, it truly can be something that doesn’t make much sense. You don’t need to be a scientist to weigh the massive evidence of time versus the couple of years of claims.

13. Is There Political Corruption Evident?

If you follow the evidence and look to the scientific community for help on the issues, you will truly see why it can be hard to truly trust global warming [http://www.globalresearch.ca/copenhagen-and-global-warming-ten-facts-and-ten-myths-on-climate-change/16467]. More and more people with political agendas and business stakes will come out shouting global warming needs to be taken as a fact, while more and more people are looking to the scientists who are saying there isn’t enough evidence to prove either way.

Rather than just blindly believing a group of people with millions of dollars at their disposal for marketing budgets and scare tactics, wouldn’t it make sense to actually read the pieces that the scientific community have published on the matter? The skepticism isn’t just real, it’s truly starting to be the actual way that the needle is currently pointing.

14. Is There A Strong Correlation, or Just Random Coincidences?

If you haven’t seen the headlines recently, record ice![http://www.globalclimatescam.com/opinion/top-ten-reasons-climate-change-is-a-hoax/] In addition to more and more specifics and questionable items, the truth is there are more and more simple facts that just keep pointing to inconsistency.

You don’t need to understand everything about global warming to know how simple the basic facts are, and ice doesn’t grow at record temperatures when the world continues to get hotter (if so, maybe it’s time to rethink having freezers in every house in the country).

15. Can We Find Cold Hard Facts, Or Rounded Guesses and Wild Assumptions?

It would be one simple thing to debate facts, but the problem is much of the so called evidence is not completely based upon facts. At the end of the day, the truth has come out that much of the data on global warming has been made up! [http://politicaloutcast.com/2015/09/global-warming-data-is-mostly-made-up] Feel free to check the so called evidence, but when you take estimates and general assumptions and call them evidence, the truth is you don’t actually have evidence in the first place! You have guesses! How in the world can any organization or group of people come together with simple guesses and estimates and truly be able to create public outcry with it? The fact is there are no facts (or at least not as much as they would otherwise suggest) when it comes to global warming. How anyone can dig into the true evidence and still believe it is conclusive is beyond mind boggling.

At the end of the day, you need to approach the subject of global warming just like any other topic in general. The truth is you can’t just jump into an argument with nothing in terms of evidence and believe that it will hold up in a legitimate and professional environment. Rather than continuing to hear the drum being beat and watch the mud being slung, you need to think about where the facts truly are. Don’t fall into the hands of the money grubbers in Washington who would have you believing this is an immediate crisis that needs to be addressed. Look to where the real evidence is and rely on the facts.