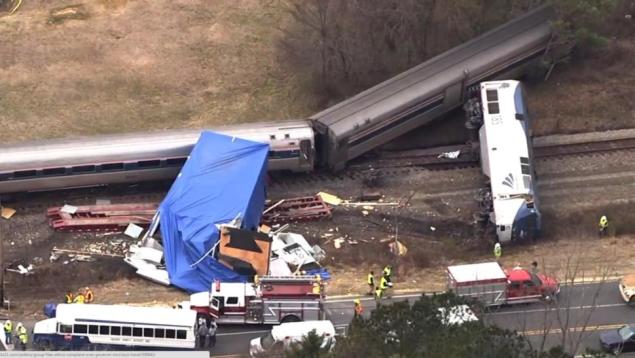 Millions of Americans travel by train every year. It is considered on of the safest ways to travel. The Association for Safe International Road Travel reports that nearly 1.3 million people die in road crashes around the world every year. The National Highway Traffic Safety Administration reported tat 33,561 people were killed in traffic accidents in 2012. From January to October of 2015 all railroad companies in the United States reported a total of 34 fatalities, according to the Federal Railroad Administration Office of Safety Analysis. During this period, there was a total of 1,820 rail accidents reported nationwide.

Traveling by train is much safer than by car according to these statistics. So where are these train fatalities coming from. What causes train crashes and how many people are injured or killed in these crashes?

In August, two trains in India were derailed as a result of flash floods weakening the tracks. 24 people were killed in the accident, another 25 were injured, and over 300 other passengers had to be rescued from the wreckage.

In November, a high-speed train was being test driven with 48 engineers and mechanics on board before the launch of a new train system from Paris to Luxembourg. An unknown mechanical failure resulted in the train derailing and crashing into a canal. 11 people were killed.

890 accidents in the US, from January to October, were caused by some sort of mechanical or electrical failure. From worn down equipment to oil fires, these incidents are the ones that are most preventable.

Congress and others have called for an increase in spending on prevention by rail companies. But the railroad companies have claimed that they cannot meet standards by the current deadlines, asking for extensions.

This is by far the most publicized type of train accident.

Some of these incidents are a result of people not behaving safely near tracks. Such as the April 2015 accident in Durham, where a married couple were killed when they were on the tracks.

Some accidents have been purposeful, such as when people jump in front of trains.

People on being on the tracks resulted in 25 accidents.

Cars and other vehicles on the tracks have resulted in a number of accidents. In February of 2015, an SUV caught fire after it was hit by a train. Six people were killed.

In Florida, a garbage truck became stuck on the tracks. 22 people were injured. The driver was able to escape before the collision.

Around the country, trucks and cars have become stuck on the tracks, or trapped in a turn, before they even realize that a train is coming.

Only 1 accident was the result of a train engineer using drugs or alcohol.

According to Amtrak CEO Joseph Boardman, “This is a damn safe railroad.”

Trains are still one of the safest ways to travel worldwide.