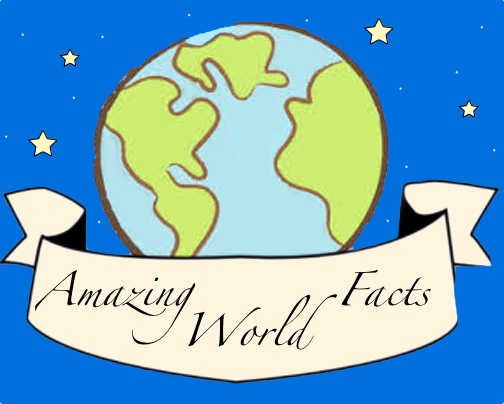 You learn something new everyday right? Well how about learning 20 things in just one day? Much WOW! Use these facts to start a presentation, break the ice, or fill in an awkward silence.. either way you’ll look pretty darn cool.. 1. OJ Simpson was originally cast to play Terminator, but the cast saw him as too likable, and thought that no one would buy him as a remorseless killer.

2. The Mimic Octopus can not only change colors, but can mimic the shapes of other animals, like the lion fish, flounder, and sea snakes.

3. In attempt to spy on the Kremlin and Russian embassies, the CIA turned cats into listening devices. They surgically implanted a microphone in a cat’s  ear canal, a small radio transmitter at the base of it’s skull ad a thin wire into its fur. The program was called Acoustic Kitty and cost about $20 million.

The first Acoustic Kitty mission was to eavesdrop on two men in a park outside the Soviet compound on Wisconsin Avenue in Washington, D.C. The cat was released nearby, but was hit and killed by a taxi almost immediately. The project was abandoned due to the difficulty of training the cats to behave as required.

4. There are over 200 corpses on Mount Everest. Many bodies have earned nickname and serve ad trail markers. One marker is the body of ‘Green Boots’, an Indian climber that died in 1996 and now serves as a waypoint for climbers to gauge how close they are to the summit.

5. Blockbuster almost bought Netflix in 2000. Back in the day, Netflix offered to sell Blockbuster a 49 percent stake in the company and become its online service, Netflix CEO Reed Hastings recently told the New Yorker. The site would have changed its name to Blockbuster.com.

6. The Tanzanian parasitic wasp is the world’s smallest winged insect. It is smaller than the eye of a housefly.

7. The Guinness Book of Records holds the record for being the book most often stolen from Public Libraries

8. Tennessee was originally known as Franklin;  West Virginia was nearly named Kanawha, and Utah almost became the state of Deseret.

9. The tallest tree ever was an Australian eucalyptus – In 1872 it was measured at 435 feet tall.

10. If every star in the Milky Way was a grain of salt they would fill an Olympic sized swimming pool.

11. Even traveling at the speed of light it would take 2 million years to reach the nearest large galaxy, Andromeda.

12. The low frequency call of the humpback whale is the loudest noise made by a living creature.

13. Under French law, it is legal to marry a dead person as long as evidence exists that the deceased person had the intention while alive of wedding their partner.
14. One in Five adults believe that aliens are hiding in our planet disguised as humans.
15. Adolf Hitler was a vegetarian, and had only one testicle. The Nazi leader lost a testicle during the Battle of the Somme in 1916, the doctor claimed.
16. A human head remains conscious for about 15 to 20 seconds after it is been decapitated.
17. Beards are the fastest growing hairs on the human body. If the average man never trimmed his beard, it would grow to nearly 30 feet long in his lifetime.
18. The average human body contains enough: iron to make a 3 inch nail, sulfur to kill all fleas on an average dog, carbon to make 900 pencils, potassium to fire a toy cannon, phosphorous to make 2,200 match heads, and water to fill a ten-gallon tank.