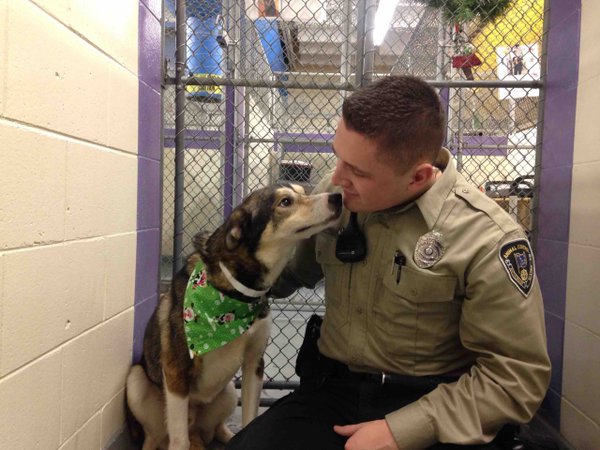 There are very few, if any, shelters out there that 100% no-kill.

A user called “topdog” posted to the online pet forum, pawfriendly.com in 2009, a brilliant explanation between no-kill and kill shelters. He (or She) stated:

Many devoted “pet people” who have worked at animal shelters that euthanize pets (or who have inside knowledge of such shelters) sometimes take exception to being termed a “kill shelter”.

Shelters that accept all animals (regardless of ‘adoptability’, health, age, etc) are often well over capacity and have to euthanize because there simply aren’t enough homes…”

Most pet owners would not allow their own pet to suffer from cancer, or another long term incurable disease, for years in pain. Those owners who euthanize their pets for this reason are most likely insulted if told they “killed” their pet. But shelters may face the same decision.

Tia Torres from Villalobos Rescue has stated on the show, Pitbulls and Parolees, that her large and popular pitbull rescue, located in New Orleans, does euthanize dogs. These dogs are put down, because allowing them to continue suffering is cruel.

Other animals are euthanized due to dangerous behaviors, such as repeated attacks against humans and other animals. After particularly violent attacks some police departments will insist on the animal being put down.

These two reasons for euthanization are considered “legitimate” according to many animal rights activists.

In an interview with NPR, Richard Avanzino, former head of San Francisco SPCA, said about 700,000 of the 3 million dogs killed each year are, as he calls it, “legitimate euthanizations” — animals that are unadoptable because of health or behavior. The problem remains that many animals that would have previously been euthanized by groups for having “unpopular adoption qualities” are still alive and spending months or even years in shelters without finding a home.

Lisa Pedersen, a manager at a Boulder shelter, stated in an interview with the Denver Post in 2013: “We are committed to the mental and physical health of every animal sheltered by our facilities.When the measurement of success comes from the live-release rate alone, the unintended consequence of this can be long lengths of stays for dogs and cats because a group may not want to euthanize an animal and instead makes the choice to continue housing the animal in a kennel.

This can be months and even years of living in a shelter, which means other animals could be turned away. This extended length of stay is scientifically linked to stress, illness and behavioral and mental deterioration.”

The longer these animals stay in shelters the harder they are to adopt. The harder an animal is to adopt, the longer it spends taking up space in the shelter that another animal needs.

The Kansas City Star said: “Generally speaking, “no kill” means that at least 90 percent of the animals coming through a shelter’s doors end up leaving the facility alive. They have been adopted, they have returned to their owner or they wound up in a foster home.”

While the goal of 90% is commendable for groups, it can be incredibly expensive and difficult for some shelters, mostly public municipality shelters, to meet this goal. Private groups have the option of turning dogs away once the facility reaches a certain capacity, but public shelters accept all animals, including abandoned, homeless, stray, and lost critters.

Alex Munoz of the Miami Animal Services Department reported to NPR that: “Over the past few years we’ve increased our overall save rate from less than 50 percent to over 80 percent for both dogs and cats…The shelter is not an infinite space. There are 222 cages, and on any given day, there’s more than 300 dogs.”

Finding homes for all these animals is quiet the job, but labels and logistics are making the job harder for some groups to improve adoption and re-homing numbers.

What are your thoughts on No-Kill shelters? Let us know!