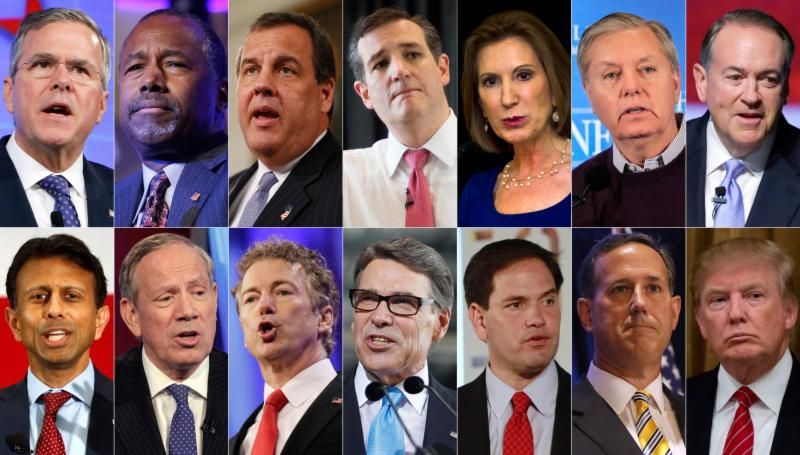 The 2016 presidential nominees may not be the smartest bunch but they’re definitely not boring either. With each new debate and public appearance, the candidates manage to raise the bar on ridiculous political statements. In just the first few months, they seemed to have redefined the meaning of stupid, outrageous and plain crazy. While voters are at a loss, attempting to find the lesser of these “evils”, political commentators and comedians alike can’t decide which dumb comment to go after first.

On November 12, a day before the France terrorist attacks, Donald Trump commented on his plan to fight ISIS. His rhetoric was to be met with thunderous applause at the Iowa rally and, of course, unanimous criticism by the rest of the country during the coming weeks. Trump was discussing why he thought the Islamic State has gained so much success. According to him, they financed armies by using the oil industries of Syria and Iraq.

To put the comment in context, when asked how he would deal with the problem, Trump responded “I would just bomb the s–t out of them…that’s right, I’d blow up their oil pipes, I’d blow up their refineries…every single inch, until nothing is left.”

Of course, no one can blame Donald Trump for the violent events in France. But that type of rhetoric, coming from front-running Republican presidential candidates, can seem like a thread to anyone living in the Middle Eastern region. Even if ISIS leadership is aware that Trump doesn’t represent anything close to a majority of Americans, they can easily use comments like these for propaganda. Even the most peace-loving Iraqi/Syrian residents will take up arms if they’re convinced U.S. is ready to bomb their homes “until nothing is left.”

Dr. Ben Carson wasn’t too happy about the report mentioning his 1998 Andrews College commencement speech, where he stated: “My theory is that [the Biblical Prophet] Joseph built the pyramids in order to store grain…archaeologists think they were pharaohs’ graves. Well, you know, it would have to be something awfully big if you stop and think about it.”

When confronted about the statement he made 18 years ago, Carson could have easily dismissed it – the commencement speech was never documented. Yet, the religious ‘scientist’ decided to defend it, saying ‘secular progressives’ are trying to discredit him, even though many Americans “believe God created the Earth and don’t find that to be silly.”

This was one of a few comments that made Dr. Carson the single most infamous presidential candidate of the 2016 line-up – yes, even including Trump. The internet blew up with satirical comments, Tweets and posts, discrediting his most outrageous statements. The pyramid “theory” just barely topped his “guns would have stopped the Holocaust” and “prison makes people gay” blurs.

“I only meant the Asian anchor babies”

When Florida’s former governor, Jeb Bush, first used the term “anchor babies’ – referring to American-born children of illegal immigrants – he received an almost unwarranted avalanche of media criticism. Donald Trump regularly used the term but, then again, Bush was considered an actual candidate, while Trump has no real chances of being president. Still, the crisis could have easily been avoided, if it ended at that. Bush’s ratings took a real dive only after the nominee attempted to explain his comment.

“What I was talking about specifically was fraud being committed — frankly it’s more related to Asian people coming into our country, having children in that organized effort, taking advantage of a noble concept, which is birthright citizenship”

While the point he was trying to make is important, the only thing the public heard was another Bush failing to admit his mistakes. Jeb’s poor orator skills didn’t help either. Bush meant that organised crime rings, controlled by Asian-American immigrants, are gaining members by abusing birthright laws. These gangs are notorious for organized drug distribution and human trafficking.

“Mexican immigrants are rapists. And some, I assume, are good people.”

Trump’s earliest (and probably worst) blunder was a part of his announcement speech. The real estate mongol is known for his zero-tolerance immigration policy, which is – deport everyone and built a big wall across the Mexican border. His original statement was:

You’d think even Donald Trump would have the good sense to apologize for something that absurd. But, despite losing a big portion of his supporters as well as endorsements from Macy’s and NBCUniversal, he never went back on this statement. On the contrary – he repeated it, saying to CNN’s Don Lemon “someone’s doing the raping. Who do you think it is?”